Samba is a key component for our Raspberry Pi setup. In simple terms, it allows us to access the Pi (a Linux environment based on Debian and oterhs) from a Windows machine. It allows us to share things like Printers, and much more.

Samba is an important component to seamlessly integrate Linux/Unix Servers and Desktops into Active Directory environments. It can function both as a domain controller or as a regular domain member. 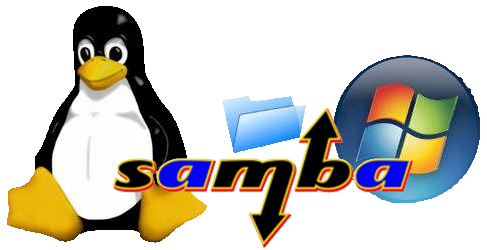 We use Samba on basically every Raspberry Pi image: to get the Hostname visible in Windows networks, to share files across a Windows network, and more. This article describes how to set it up.

You can share your Raspberry Pi's files and folders across a network using a piece of software called Samba, a Linux implementation of the Server Message Block protocol. You'll need to install this software:

Samba contains the SMB protocol, support for the Windows naming service (WINS), and support for joining Windows workgroups. A workgroup is a group of computers on a local network that can access eachother's folders. Samba-common-bin contains a tool that you'll need to register users with Samba.

Once these packages have finished installing, you need to edit the Samba configuration file:

Find the entries for workgroup and wins support, and set them up as follows:

NOTE: if after this you can ping the machine, but cannot connect from windows, it helps to add a new line just below the workgroup setting with your netbios name (I use the same as hostname). Recently, things seem to work without the 'Netbios name' setting though. Ignore this setting if up to now all things work correctly

You also need to add the following section of code to smb.conf:

Scroll down smb.conf until you see a section called Share Definitions, and add this code there. The path should point to the drive or folder that you want to share. I've set 'only guest' and 'public' to 'no' so that Samba prompts for a password when I visit the folder that I've shared. This means that when I'm using a Windows PC, I can login to the shared folders on my Pi, and I'll have the same read/write permissions that user pi has.

Now type this command in a terminal, and enter pi's password twice (as a sudoer). Notice, that the Samba system has it's own user management.

If you have a PC or laptop connected to your workgroup, you should be able to see your Raspberry Pi in Windows Explorer under Network.

For system versions as of this writing: