Our makerspace makes heavy use of the Blinkt! device from Pimoroni. One of the great applications on top is Cheerlights.

CheerLights is an Internet of Things project created by Hans Scharler that allows people's lights all across the world to synchronize to one color set by Twitter. This is a way to connect physical things with social networking experiences and spread cheer at the same time. When one light turns red, they all turn red. [ThingSpeak Community]

See it in action on our makerspace 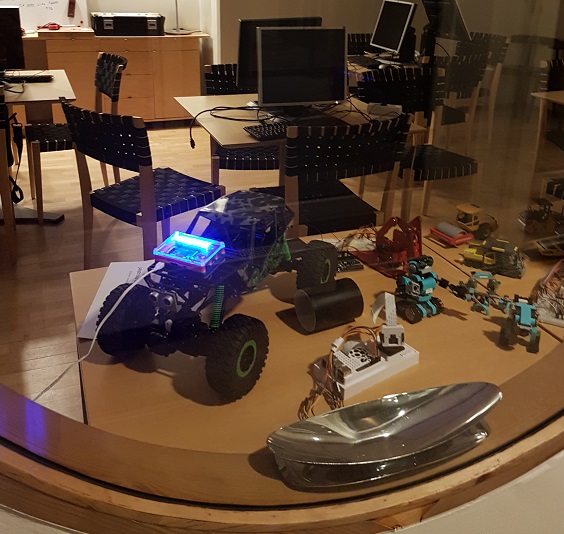 Why did we do this? Because we can :) However, there is a learning experience here: connecting the world to a some hardware, with Twitter in between. Can go both ways. We have learned how to mash-up solutions to achieve something new. After 1 hour of setting up and 1 hour of figuring out glitches - awesome!

Some color inspiration comes from the homepage and is listed here:

More on the API here

How to setup your own

This guide is rather straightforward. We want to have Cheerlights running on our device, headless. The sample code which comes with the Blinkt! device is great, but can fail for several reasons. Therefore we modified a little to achieve this goal. Building on the great work done by others.

For this step, use one of our guides to setup a device. You can use our Raspberry Pi Headless Setup guide for instance

This is rather brute-force, but works: