The Raspberry Pi comes with several status leds on the board. This article is a reference of basic status led values. You will most probably check the blinking (or non-blinking) leds on your board, if something goes wrong. 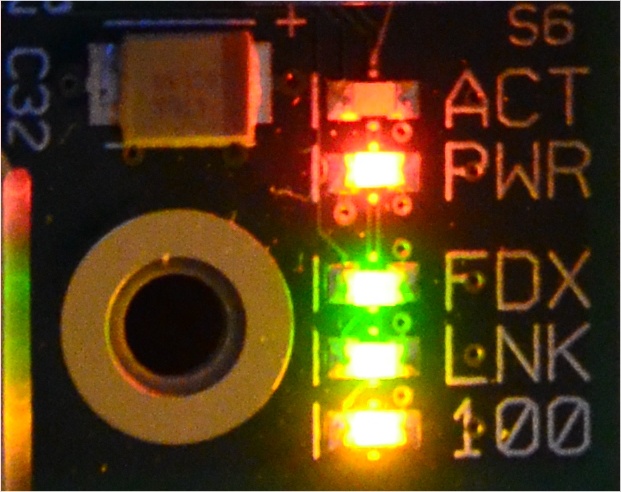 The current RPi models system LEDs have many the features described below.

Indicates that power has been provided to the board. On A+ and later models it will flash if the voltage drops below 4.63V

Indicates SD card activity: flashes when read or write is in progress, otherwise off. Should flash intensively during boot. This is the only LED present on Pi Zero.

Indicates Ethernet (LAN) connection and activity: it is constantly lit when connected, and flashes off on data transfers. Located on the PCB on model B, and on the Ethernet RJ-45 socket in later models.

Indicates 100 Mbit Ethernet (it's off on 10 Mbit connections). Located on the PCB on model B, and on the Ethernet RJ-45 socket in later models.

Indicates Full Duplex Ethernet connection. Exists only on model B.