A Gentle Introduction to Raspberry Pi

You’ve probably seen mentions of the Raspberry Pi in your travels across the internet (and in our offices), but what exactly is this thing? What can you do with it and why should you care?

Note: If you’re new to this, we’re here to help you get started. We will be using / and mixing up / our naming: don't worry - Raspberry Pi and RasPi and Pi mean exactly the same :) On the other hand, there is a special version of the Pi called Raspberry Pi Zero (smaller and even cheaper). This one is often referenced here as Zero

What is the Raspberry Pi?

The Raspberry Pi is a mini-computer, like the one inside the your laptop but with a bit less of power (which is why it costs just a few hundred SEK). As of this writing, There are several models of this great single-board-computer (SBC) - some can be powerful enough for standard computing needs.

What it lacks in power it makes up for in its “tinker-ability” — with just a little know-how you can use the Pi as the basis for all kinds of computing and electronics projects. It essentially gives you the raw basics of a computer. 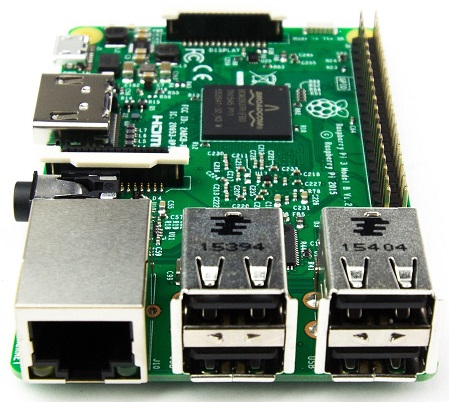 Those basics include a processor, a graphics chip, some RAM, a few USB ports, an HDMI output, an Ethernet port, and (in the latest version) integrated wifi and Bluetooth. As you would expect judging by price, you can’t run very advanced software on it, though you can install Linux and a stripped-down Internet-of-Things version of Windows 10. Surprisingly though, there are many applications you can run and where the 'limited' power is perfectly enough.

The Pi was invented in the UK as a device for promoting the teaching of computer science and coding, and its development is overseen by The Raspberry Pi Foundation charity. The first-generation Raspberry Pi appeared in 2012 and the latest Raspberry Pi 3.0 arrived in February this year. Eight million devices have been sold worldwide, the Pi Foundation says.

If only all educational initiatives were so well done and targeted. Our kids deserve such good tech....

The Pi’s low cost and versatility has helped to make it a hit for amateur computer and electronics enthusiasts who want to build their own devices without the time and effort of starting from scratch. More recently, the Pi has been promoted as a way for small companies to get hardware projects (such as Kickstarter campaigns) up and running. 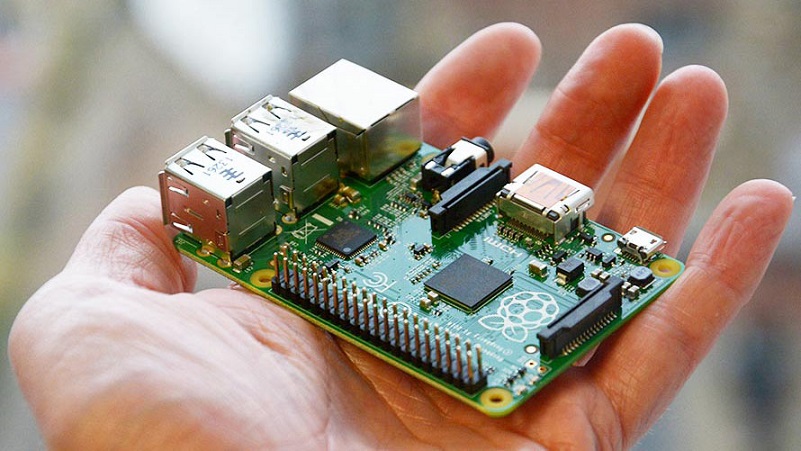 It’s not your only option for DIY electronics either: there is a vast landscape of similar devices, starting with the rather famous Arduino board; simply put, we have choice and range of power in this SBC world.

The educational edge in UK has recently continued: The British government has sponsored a device we also use here - the BBC micro:bit. Another amazing piece of hardware, which has been given out for free to every 7th-grader in UK. Who says that education cannot be more fun?

What can I do with one?

You can use the Raspberry Pi to do pretty much anything a low-powered computer can: watch a movie, write a document, play basic games, and so on—it’s really up to you. It can also function as a device without standard inputs and outputs, so you can use a Pi as the basis of a wildlife cam for your garden or to start up your car with a spare Amazon Echo. Or juice up your Lego kits. 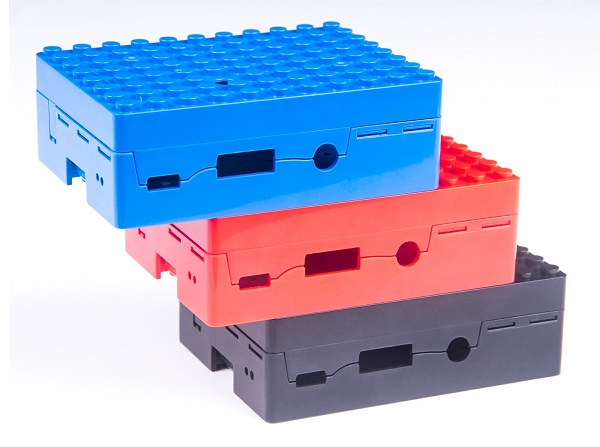 It's not all fun applications though. As mentioned, this SBC is used often in the industry for quick and cheap project start-up. In our case, for prototyping concepts: fast, cheap, agile. Once we have proven a concept, we simply upgrade to something more industry-hardened.

What can I do with one? - Revisited

As your technical prowess grows, the Pi is able to grow with you—it can be used as the basis of projects that are more and more advanced if you want to get serious about your DIY computing. The GPIO (General Purpose Input/Output) pins on the board let you hook up LED lights, motors, sensors, buttons and a host of other electronics quite easily.

That’s part of the appeal of the Raspberry Pi: you can simply use it as a lightweight computer or media streamer, or do something more complex with it, if you’re prepared to learn a bit of code and a few electronics basics. As each Pi model has upgraded the specs of the device, so the number of different projects you can attempt with it has increased. 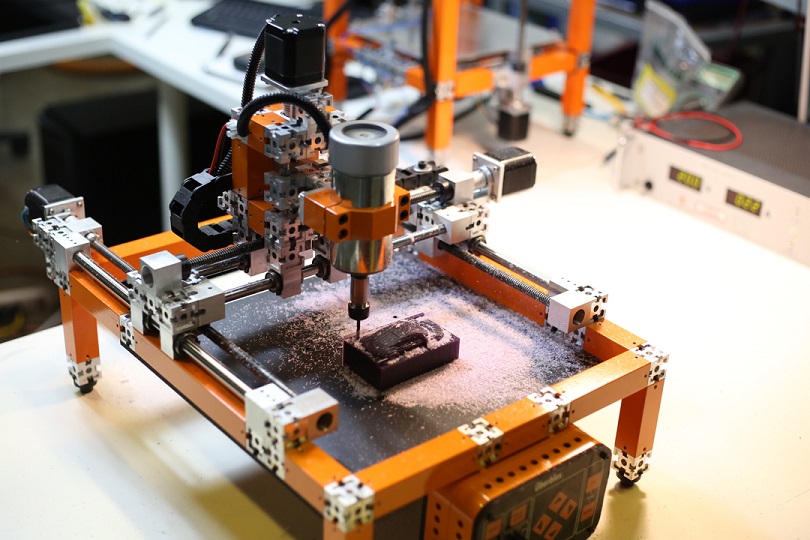 You can find tons of ideas on the Raspberry Pi blog and basically all over the net. Projects can suit any skill level — everything from custom-made cameras to water filtering. What’s more, most of the Pi projects you’re going to find on the web come with instructions attached, so you can have a go at the same idea yourself if you want to.

How do I get started?

Buying yourself a Raspberry Pi is a solid start. You can also pick up a bunch of optional accessories too, from a case to a touchscreen to a camera, and if you’re a complete beginner then you might want to stock up on extra kit that you know is going to be compatible (and work straight out of the box) without the need for much extra tinkering. 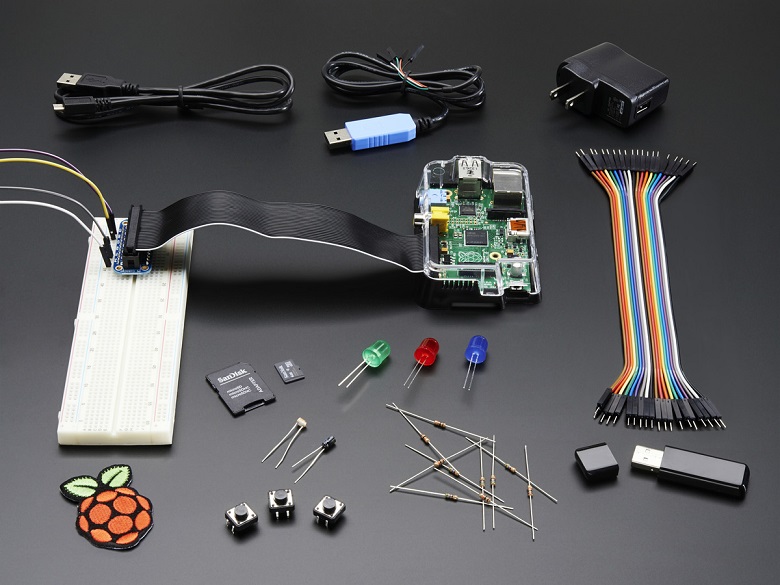 Your Pi won’t actually do anything on its own. You need some way to enter instructions and see the results, so usually that means a keyboard, mouse, and monitor. You also need a to power up the Pi somehow, and again, the simplest option is buying an official USB power adapter (which will look a lot like the one for your phone).

This is not a detailed Pi programming guide in this article, but if you want to get started as quickly as possible, buy a compatible USB power adapter and memory card from your Pi retailer of choice and make sure you have a spare USB keyboard, USB mouse and HDMI monitor hanging around that you can use—then you’re pretty much ready to go.

You can also buy memory cards with NOOBS (New Out of Box Software) pre-installed (or setup on your own), which will take you step-by-step through installing a lightweight OS (Raspbian is recommended). If you want to install NOOBS yourself on the card via a computer, it’s not difficult, and once you’re into the OS you can use the Pi pretty much like you would do any other computer. People actually often do - you see more and more home computers in the wild running on this amazing device! 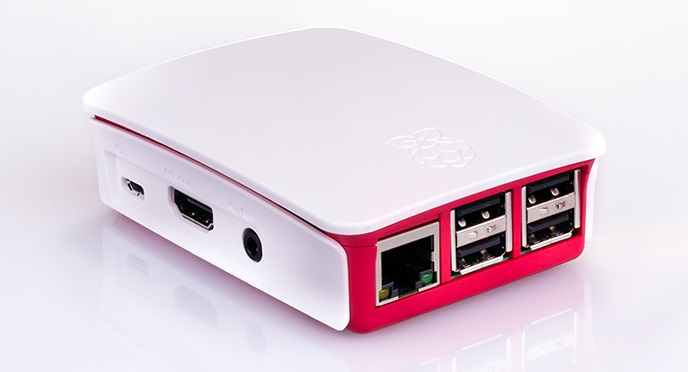 What if I get stuck?

You might get a bit overwhelmed by the features available, the plethora of projects, the technologies to learn. So it happens that you might get stuck. Luckily our site is here to help you out, and if you don't find what you are looking for, simply ask Mr. Google.

If you really need to get started with a previously unknown technology, don't worry reading up on stuff which is for children. Mostly those educational resources are simply an excellent way to get started. Try for instance the Raspberry Pi Foundation Learning Resources - excellent material to be found here! 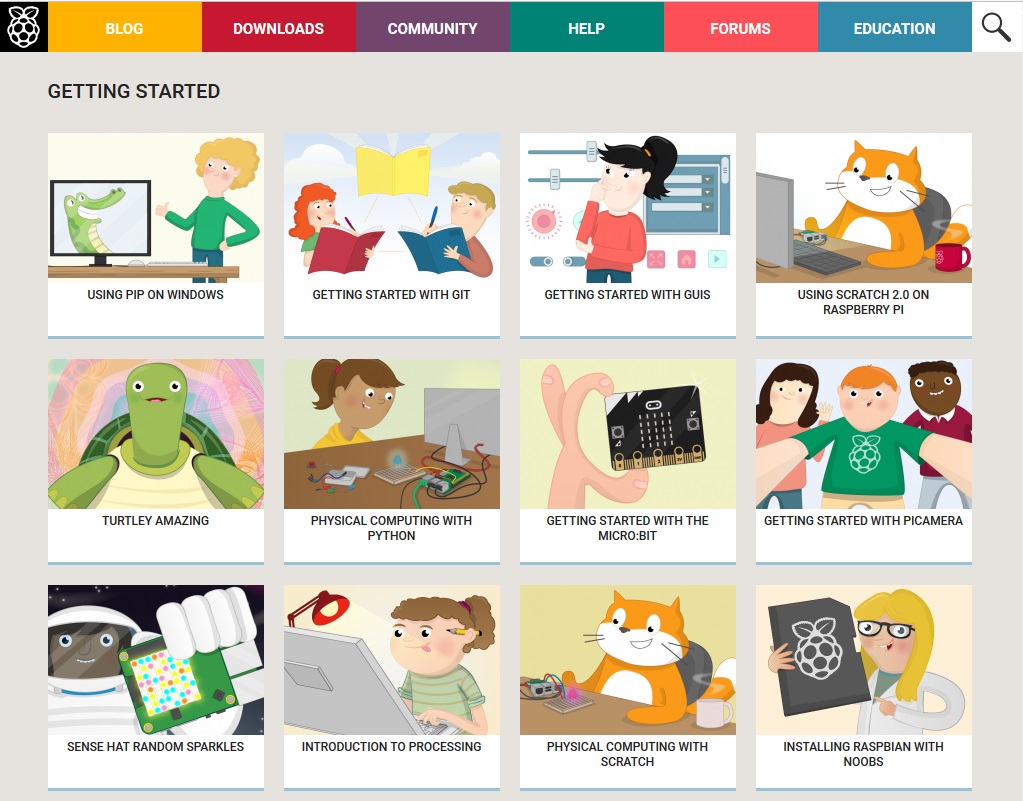 We have a dedicated section for Raspberry Pi Links