We were eager to test and use Docker in our Raspberry Valley makerspace. This document describes how to setup a base image for your Docker experiments.

While working with Docker images and containers on an ARM device still has some issues to handle as opposed to mainstream hardware, the installation of a bare-bones machine with Docker on top is quite straightforward. 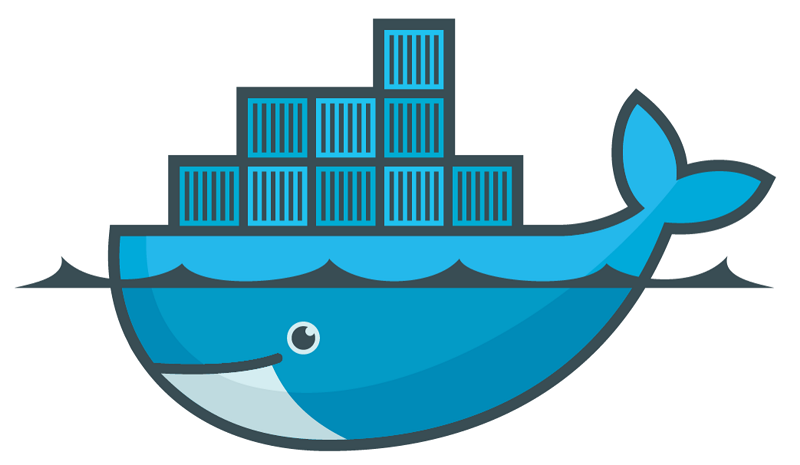 You'll end up with a summary of Docker version info after installation, as seen below: 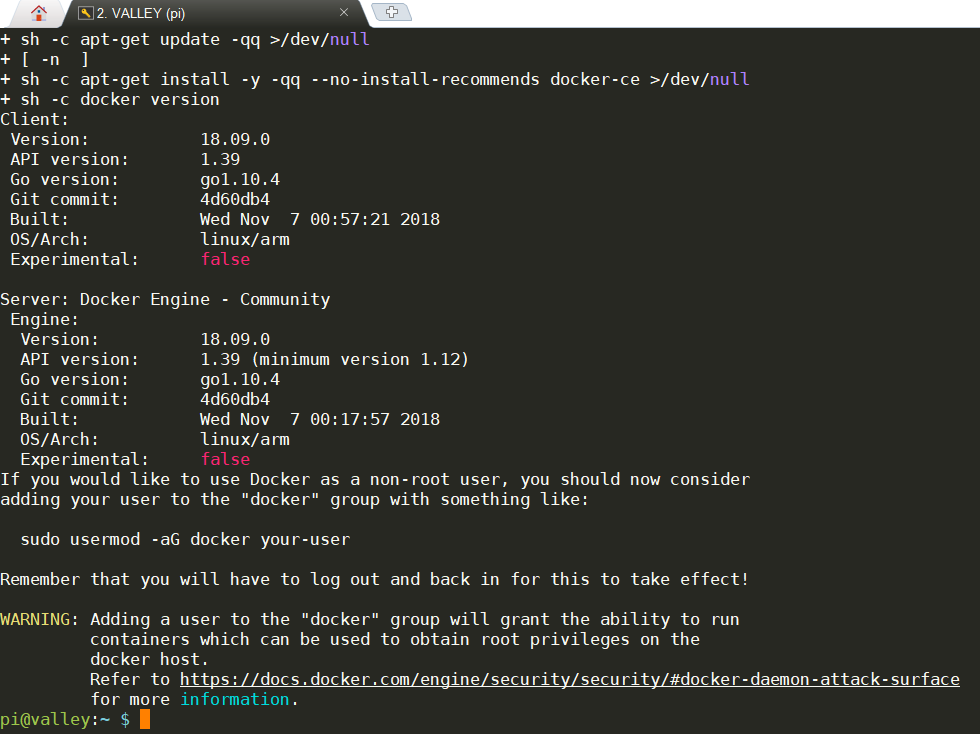 and setup your Pi to have access to the Docker daemon

Docker-Compose comes automatically with Docker on Windows, Linux etc. Not on Raspberry Pi. You can however install it anyway. This guide is based on a blog post by Alessandro Segala - Yes, you can run Docker on Raspbian.

To install Docker Compose, you have several options. For the makers here at Raspberry Valley, we chose the easiest approach: Install via pip. Simply run the following:

This section list things we had to solve during our experiments, and which might speed up your own development.

If you have purchased the jetson Nano, it might come in handy to know that Docker is already installed on the Ubuntu base image. Here are a few observations for using this release.

Once done, logout and login again to your terminal session.

You might find out that, if you launch a container which wants to interact with GPIO, you will get a bunch of error messages. Due to the concept of isolation of containers, this makes sense. Please read up a bit more on the subject (and how to circumvent the issue) here: Controlling GPIO with Docker Swarm.

If you wish to interact with your GPIO, you basically need to lauch your container in privileged mode. For example:

See what you can do with Docker on a practical recipe on our site: IoT Raspberry Pi Device on Docker. Check the links below for other inspiration - there's plenty of great material available.